“Water was rough where tuber went missing,” noted a headline in the August 12, 2013 Philadelphia Inquirer. A similar story in the Washington Post read, “In the Potomac’s grip: Why people drown at Great Falls.”  Both articles warned that each summer the lure of natural waterways also include serious dangers.  Each summer too many people, especially children, teens, and young adults, drown in the nation’s rivers, lakes, ponds, and streams. Alcohol is a factor in some cases, but not all. In recent years, new technologies and wider use of life jackets and other safety equipment have helped to save lives. In the 1930s, public policy also lowered death rates caused by drownings in rivers, lakes, and streams.

In 1934, an estimated 450 children and adolescents drowned in the waterways in and around New York City. Drowning deaths, especially among children and teens, were a problem throughout the country. This long history began to change in NYC in the summer of 1936 when the city opened 11 giant new public pools. Built with funds from the Works Progress Administration (WPA), the pools were a welcome addition to a summer with record high temperatures.  The largest was in McCarren Park Pool, located in the Greenpoint neighborhood and promoted as holding “up to 6,800 simultaneous swimmers.” Mayor Fiorello LaGuardia proudly dedicated the enormous facility before a crowd of 75,000 people gathered on a warm Friday evening, July 31st, 1936. The highpoint of the ceremonies came at sunset when the mayor flipped on the underwater lights and declared, “Okay, kids, it’s all yours!”

The McCarren Park Pool and thousands of swimming pools and other recreational facilities built in the US during the 1930s as part of the New Deal were visible reminders of a public’s commitment to providing safe public spaces for children, teens, and youth. Drowning deaths in NYC in 1936 fell to under 300.  Like today, rivers, lakes, and streams still had their appeal, but affordable public pools provided safe recreational alternatives for cooling off on a hot summer day.

In recent decades, many cities and communities cut spending on public recreational facilities, especially the high cost of running pools. Even the popular McCarren Park Pool closed in 1984. By then the Greenpoint neighborhood had become a less desirable place for everyone, but the need for safe public recreational facilities did not end. After three decades of neglect and debate, the McCarren Park Pool reopened in 2012 with much fanfare, but also some problems. Brawls and other undesirable behavior initially clouded the facilities’ operation, but a strong no-tolerance policy and support from the surrounding community turned things around. The pool’s reopening helped to make the entire neighborhood a safer place for everyone, and probably saved lives.

The history of New Deal policies that provided new recreational facilities in thousands of communities across the US suggests that providing safe public spaces for young people, especially public swimming pools, is simply good public policy. 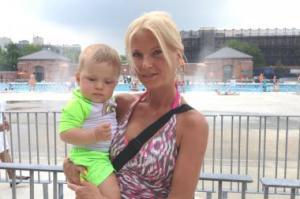 This entry was posted in Kids and History, Then and Now and tagged american history, childhood, drowning, new deal, pools, recreation, youth. Bookmark the permalink.